How Long does it take to learn the guitar? 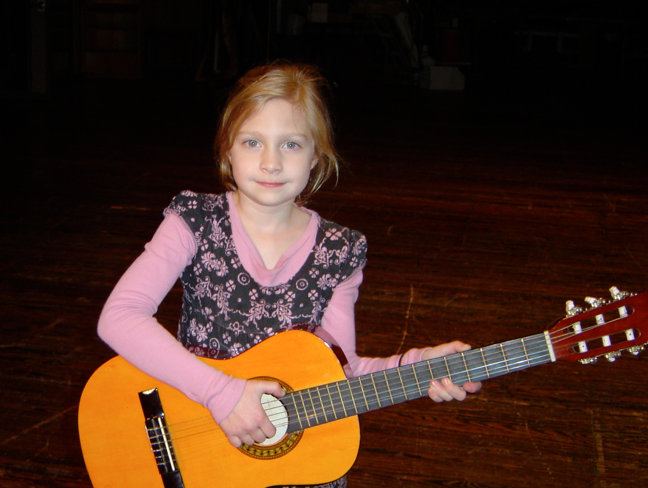 So how long does it take to learn the guitar anyway? How long before I can expect to play my favorite song, jam with friends, play a recital or a gig? Learning anything takes time. The more time you have available to practice over an extended period of time (usually years) the more you’re going to learn.

Everybody is different. We all have ways in which we learn most effectively. Some can be auto-didacts or self-teachers. Most of us would probably benefit from the expertise of a good teacher or mentor who could save us some time and effort.

Knowing where you are going with your guitar playing is important. How can you know you’ve arrived unless you know where you are going? What do you need to learn to get to that point? What is really meant when we say “learn the guitar”? Do we need a specific number of scales and chords? How many songs should we be able to play before we can say we’ve mastered the basics of playing? Everyone could have very different answers to these questions and still be right in themselves. I’ve known many guitarists who’ve played for 50 years and they still only play the same 3 chords that they learned in the first few weeks. They can play tons of songs with those 3 chords. I’ve practiced and played the guitar for almost 30 years (taught for about 25 of those) and I still consider that I’m learning guitar.

The guitar can be an endless journey of discovering all manner of new things about the instrument, music, life and yourself. I planned a long time ago that I would be a lifelong learner when it came to the guitar.

I played the guitar about 5 years before I felt that I really was confident enough or had enough knowledge to be able to teach it. I started playing when I was 12, taking lessons from the very beginning and continuing with different teachers until I was about 27. I had a lot of great, inspiring and encouraging teachers over my 15 years of private study.

I think I actually learned most of what I needed and a large part of my technique in the very first year of playing. I think that first year can be the hardest on new players and if you can get through that you’re well on your way. I don’t consider myself to have any real natural ability or talent when it comes to music. I have had some many more students that do exhibit a real natural ability. I didn’t view the guitar as particularly cumbersome though, I really wanted to play it and I thought it was a fun and cool thing.

I didn’t really practice in a very disciplined way in those first years though. It took me years to really “learn” how to practice effectively and to get disciplined with it.

Most beginning students take a 30 minute private lesson or maybe a little longer session in a group class. Group learning is very effective with it’s community learning and the gentle push of peer pressure. Having friends to work with and play along with can be a real boost, keep you motivated and keep you moving ahead steadily.

I was very lucky to have a group of friends that could form a band with me. Before we could drive or get jobs, we would meet after school everyday to practice together. That was at least a couple hours everyday for years that we had to hang and practice together. I am so grateful for that time and those memories with them and our early attempts at making music. We started playing almost immediately. We didn’t know everything. I remember just making up some songs with the first 3 or 4 chords I knew and going from there. We did that for a couple of years, learning to play our instruments and practicing together before we eventually played our first gig at age 15. 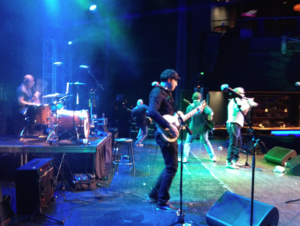 With my beginning students, I can usually have them playing a simple song in the first lesson or two. We start building a vocabulary of chords and scales and just keep building. We build from one step at a time, one block at a time continually adding to what we already know. One more chord, one more scale, one more phrase or one new tune. Many of them can play a recital in the first semester. In fact, a recital performance is a mandatory part of the curriculum every semester including the first one at the colleges I teach for. It can be a very simple song and that’s great. It’s not always easy to play something very simple and make it sound musical. These students are playing, I should say really performing after just a handful of weeks studying. My goals and aspirations for advancing musicians is just that. That they keep advancing.

Again, some players just learn what they really need and then they never learn anything new. They use the same chord voicings, accompaniment patterns, licks and play the same songs over and over. They are really playing too. They really are enjoying it and having a great time with what they know.

Music study is a great thing for expanding your mind, what your body can do, how you relate to others and will deepen your relationship to all music and art. For me, it’s a never-ending adventure. There is no final frontier. I’d encourage everyone to keep exploring. Keep pushing the boundaries of what is possible and we’ll all go farther.

Serious music students often begin playing early in life and progress to a point where they might go to conservatory or a university music program. For the most part, these players will emerge with a certificate or degree after 4-5 years of focused study. These are usually folks who want to be professional players, teachers or work in the music industry in some capacity.

There is a very famous 10,000 hours to mastery idea around these days (thanks to Malcolm Gladwell’s “Outliers” book). I really like this idea as it puts a real number on what it takes to be come the master at anything, not just guitar but cooking or doctoring or whatever. I had another friend who is a professional drummer ask me if I had my 10,000 hours in. I say this humbly but I’ve got at least 10,000 practice hours, stage hours and teaching hours in. I’ve probably got 10,000 hours with just one band on stage. They are a great band too in almost every facet of performance. This friend was thinking realistically about one aspect of his percussion playing, his steel pan. He had to admit that he didn’t think he was even close to that. 10,000 hours is a lot of time. Now, my friend is a great drummer. He has tons of chops and a great feel and I know he’s got 10,000 in on his drum kit. So much of what he’s already mastered directly applies to his new instrument. He’s got all that technical skill already. Now he’s just adding to his vocabulary of scales, chords and tunes on his new instrument. Once your musical mind is already strong on another instrument, you’re not really starting from scratch if you decide to pick up a new one.

I’ve also seen some data on what it really takes to just learn the basics. We don’t all have to be masters. We’re not suddenly unworthy to play unless we’ve clocked 10,000 hours. Here’s my time card, see?!! This guy suggested that you can get pretty good in about 100 hours. Maybe you could spend 45 minutes a day on your new enterprise for 4-5 months? The idea is that you can still eat and not go hungry even if you’re not a 10,000 hour chef in the kitchen. But if you cook everyday for a while, you’re going to be able to whip up some pretty great things and maybe even branch out of the old familiar stuff we eat all the time.

His example was playing the ukelele. He started from scratch and practiced the ukelele for 100 hours. He learned to tune it (with a tuner) and could play a handful of chords. With that and a few simple accompaniments he was able to demonstrate (in front of an audience) that he could play a bunch of familiar songs. Was he the worlds greatest virtuoso uke player? Not by a long shot. But had he “learned” to play? I think so. He may never learn another chord, tune or technique but he’ll be able to enjoy the fruits of his 100 hours for as long as he keeps picking up that uke.

Learning to play the guitar is exactly the same. We get out of it what we put into it. It’s very helpful and I’d say extremely important to know what you want to get out of it. Something to pass the time when you’re alone, you love the sound of the classical guitar, you want a challenge, you want to jam on the blues until 4am with your friends or you want to be a pro studio session player.

Each reason will offer a path to it’s fulfillment. Each path is little different, maybe different scenery and obstacles along the way. Some paths are short cuts and some are long with deep ruts. Some of us will travel to one destination and some will choose to remain journeymen.

We all want to know the cost of what something will cost us in time or money. How many miles from here to there so you can predict and plan your trip. Don’t forget the famous adage that “life is about the journey and not the destination”. Try not to get too hung up on the amount of time it takes or that you should be going faster or you should be better by now. It takes as long as it takes. “Are we there yet? Not far now.” You’ll never learn if you don’t start. 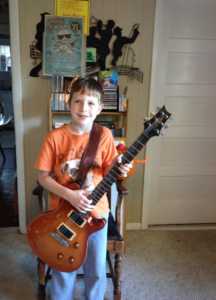 Start today. Take one step at a time. That’s all you can do. Align yourself with players and teachers that can guide you, give you some “heads-up” and save you from a few pitfalls. You’ll move faster with a guide. You can learn a lot when you start from not really knowing anything. That’s a great place to be. The whole musical world is just waiting for you to step out the front door.

Enjoy your time with your instrument and the sounds you’re making. You’re learning. And it sounds great!

Jason Riley
I’m a hustling musician and family man. I love to learn, play, share and encourage others in music. We’ve got some cool bands (including Soca Jukebox) and I am the director of the St. Joseph Arts Academy. This is my Blog!
www.jasonriley.com
www.stjosephartsacademy.com